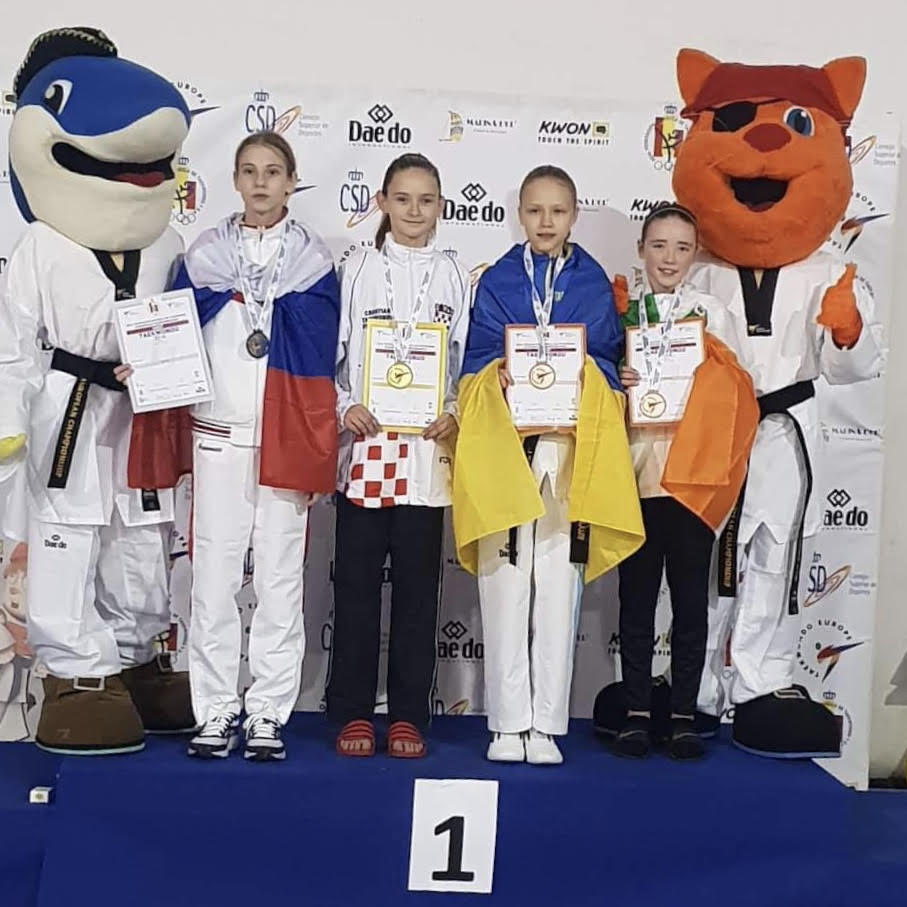 One of Ireland’s up and coming stars Emma Cahill found her way to the podium of the European Cadets Taekwondo Championships in Marina D’or, Spain last week. The 12 year old from South Dublin Taekwondo Club [Originally from Baldoyle TKD] made her Irish Team debut in the -37kg female division in outstanding form. With a tough first round draw against Russian Victoria Pantrkova Emma had a strong start winning 14-3. 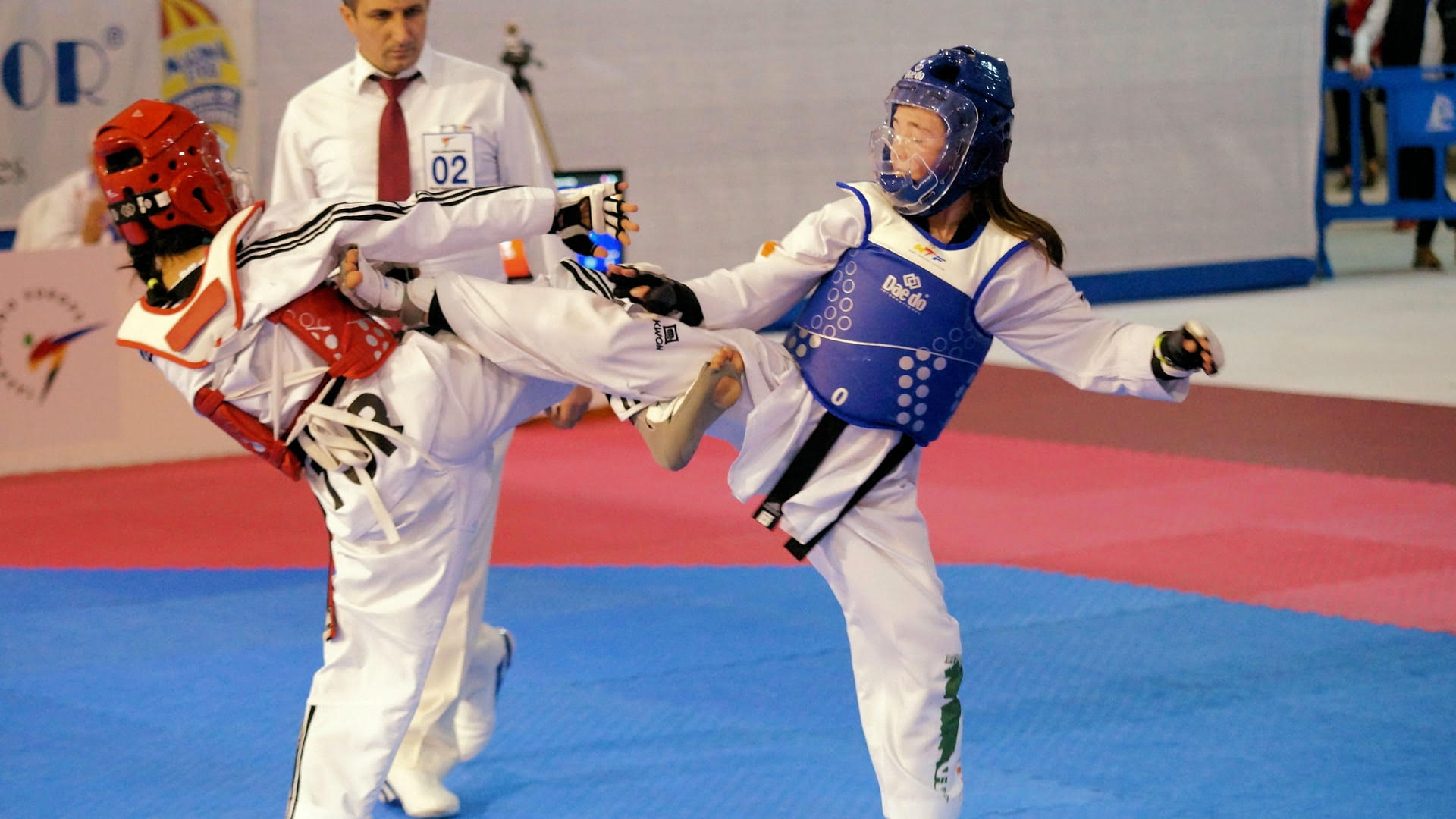 In her second round she was up against Diana Krush of Ukraine who she defeated 18-5. This led to a quarter final encounter against one of the top contenders Aleyna Demir from Turkey which proved to be a spectacle of dynamic Taekwondo Emma just coming out on top 26-24. It was another Russian encounter for Emma in the semi finals as the Russian team had many wild cards to enter multiple athletes. This was Emma’s final match where she settled for bronze after a 0-5 defeat to Anna Titaernko. This is Emma’s first year as a cadet and eligible for major championships. When she was in the younger kids divisions her father Stephen travelled all around Europe for many years giving Emma a fabulous start in competition where she gained a massive collection of accolades.

Soon after moving up to cadet she secured national team eligibility after a string of fine performances at international world ranking events throughout 2018. Originally from Baldoyle, Emma began training at SDTKD Club in 2016 making the journey throughout the week to train alongside SDTKD’s international team. Emma was joined at the event by SDTKD CLub mates Ryan Doyle & Jack Woolley. The former is an ITF Black Belt from Firhouse Taekwon-do who switched codes to Olympic Taekwondo a year ago, and managed to secure a national team place with his great kicking ability & height for his division. Ryan unfortunately met the division favorite from Russia in his opening match and didn’t qualify for the later rounds.

The latter Jack Woolley, usually a fighting team mate of the 2 Athletes this time left his uniform at home and made his national team coaching debut overseeing the 2 youngsters and offering his abundance of ring experience. Jack had coached both on many occasions this year the day before or after his own important events. Also in Spain, the 2 SDTKD were joined by 5 other Irish team first timers. 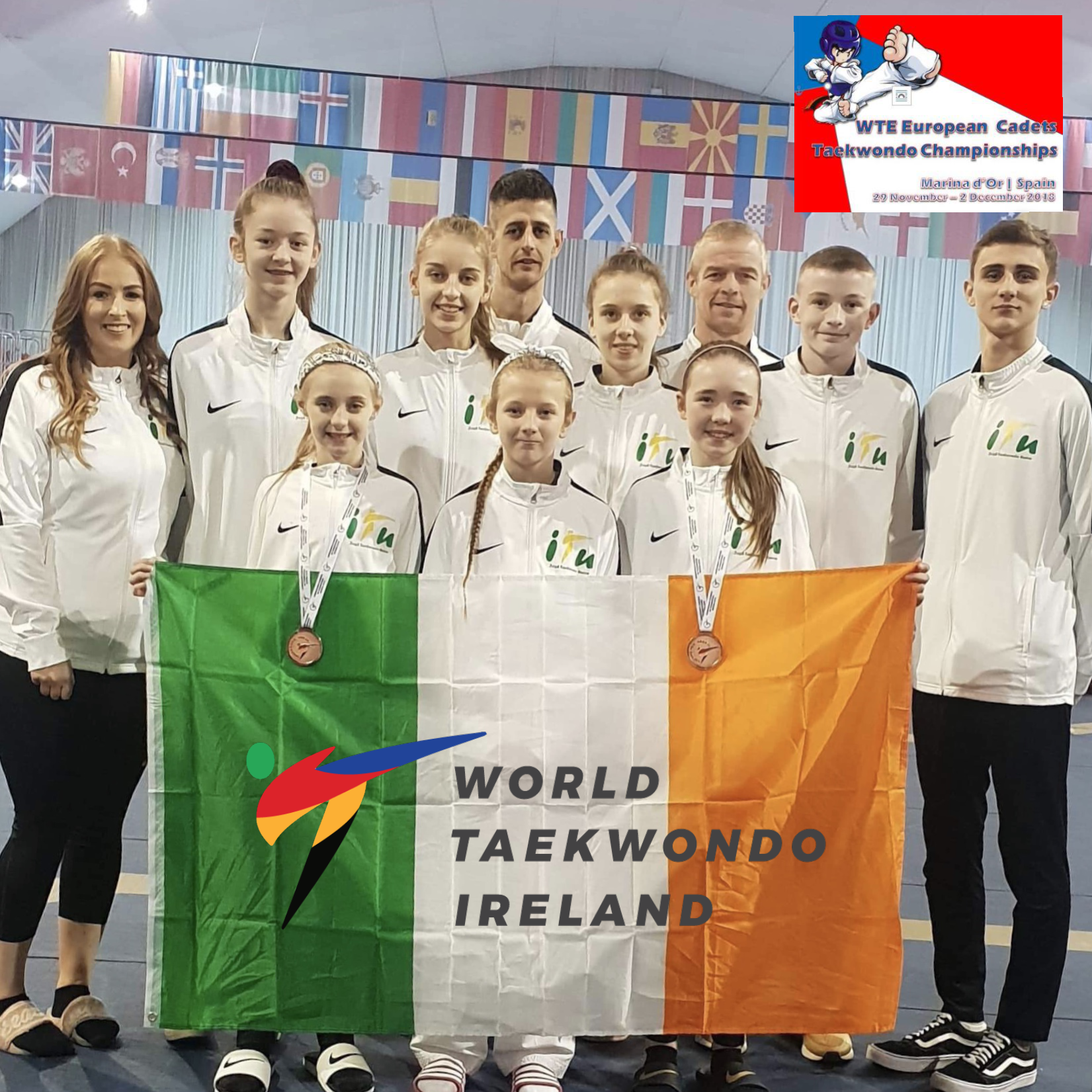 A further bronze was secured by Shannon Larkin from Champion Taekwondo Club (Blanchardstown) in the -29kg female division. South Dublin Taekwondo Head Coach & Irish Taekwondo Performance Director Robert Taaffe noted, ‘This is a very exciting time for Olympic Taekwondo. These youngsters will be eligible for Paris 2024 and the next few years will be spent ensuring this group and those around them have the best chance to qualify.’ 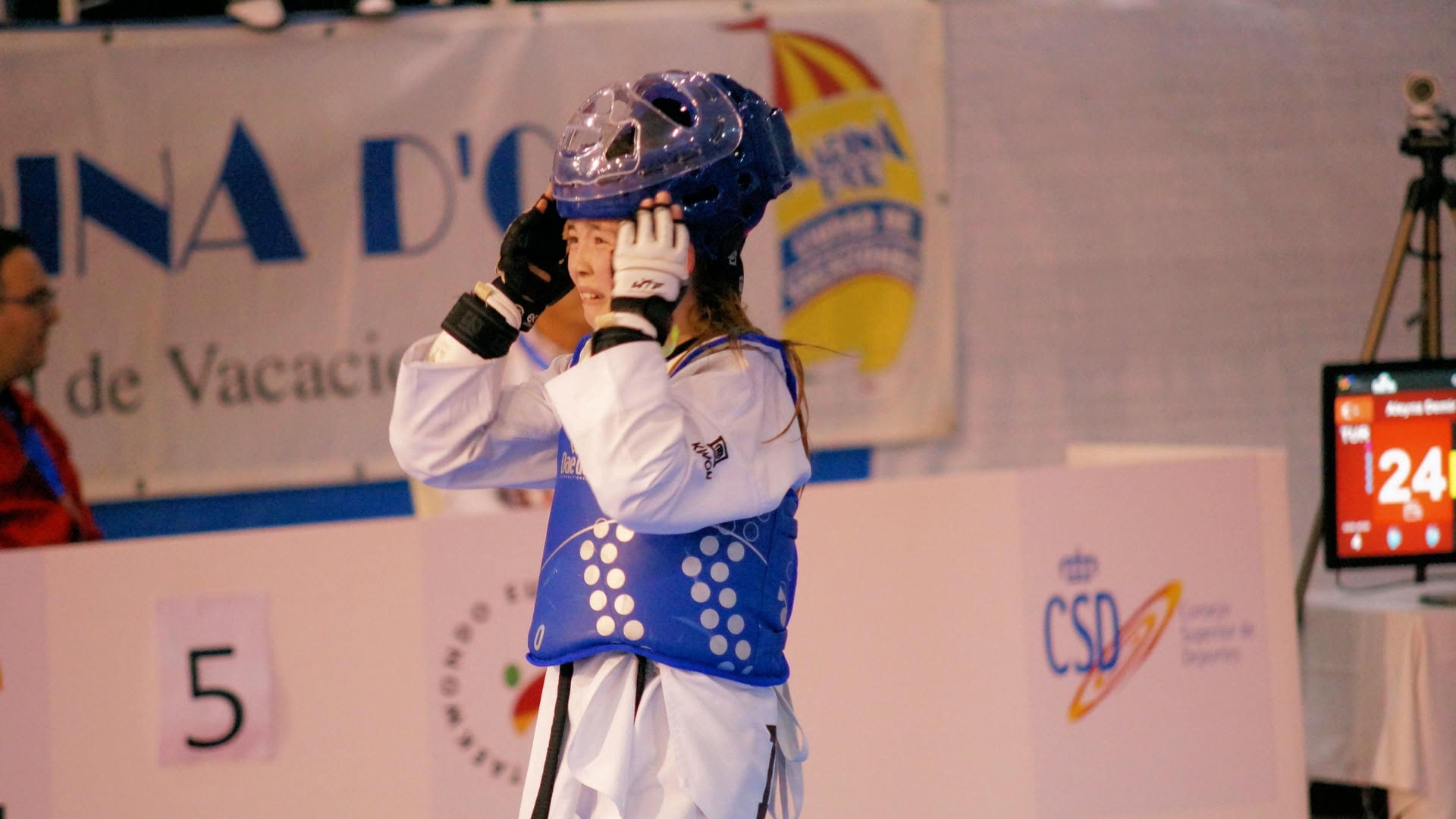