SDTKD sent a small handful of Players to a test tournament in London recently where 6 players competed in the Capital Cup on May 11th in preparations for tournaments later in year. The day trip proved a great day for the club with all 6 coming home with awards from their respective divisions. Players & results included: 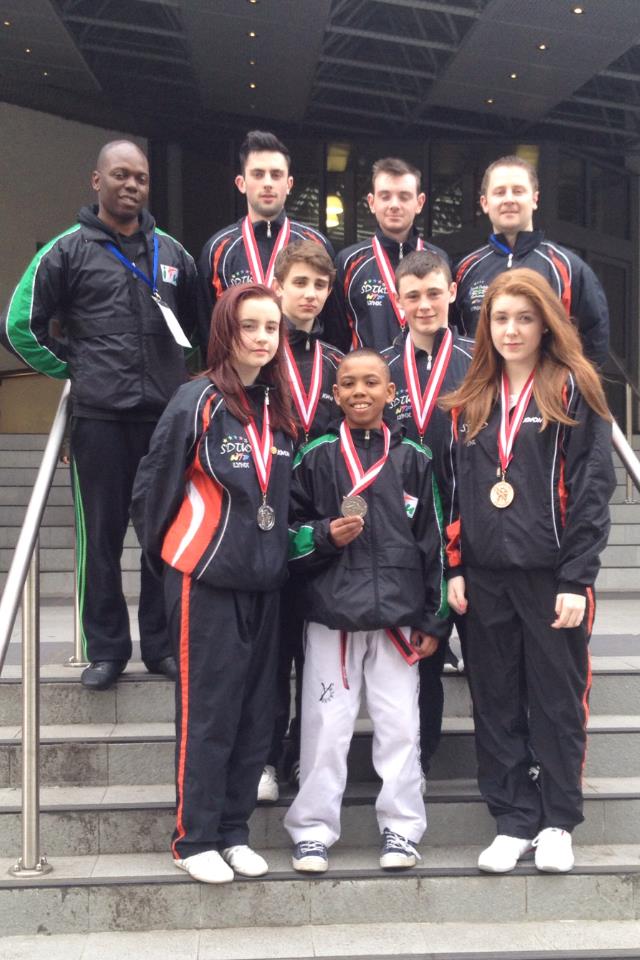 Highlights of the day include fine performances from all players in attendance in particular;

The greatest news of the day was not with match results, but with the focus & discipline of the team. A small handful of students were selected to test how players would react in an environment travelling without parents [one parent attended in support of all]. The team very much paved the way for other club students & we plan to set up similar training groups in the future to mirror the efforts of this group & work in tandem towards achieving their goals.

Well done all & thanks to Mr. Alex Murphy & Mr. Dylan Leonard who were responded to request to travel & miss work to be there as back up coaches, just in case.  Also thanks to Mr. Ryan Woolley who has been putting alot of focus on up & coming players during Saturday morning extra curricular sessions. Thanks to Emma who travelled as supporter & also thanks to Annmarie for travelling as a parent. Hopefully we can get another parent to return favour next time!

Some pics & video below!