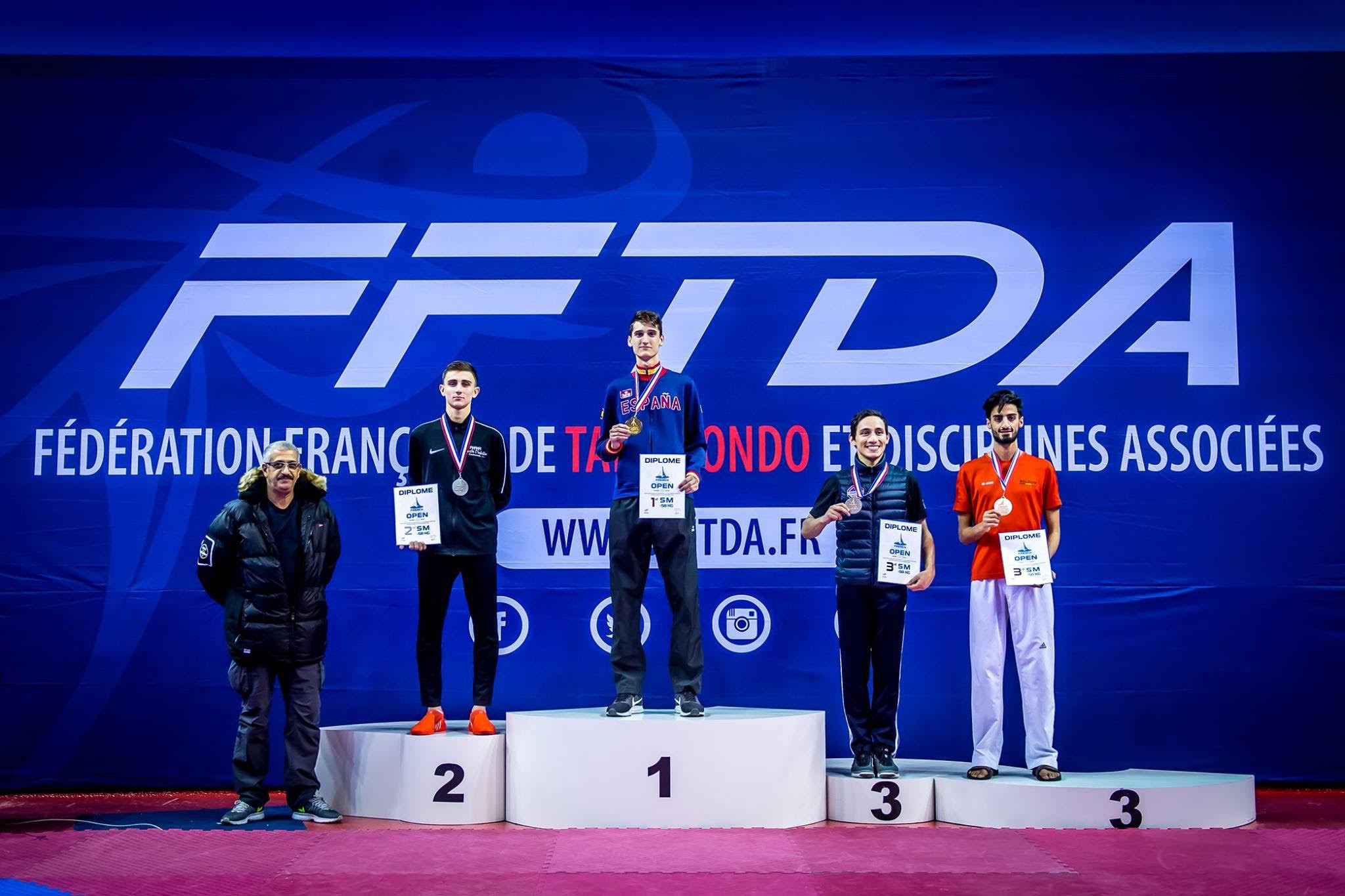 South Dublin Taekwondo’s Jack Woolley wrapped up his final ‘open event’ of the year traveling to the French Open ‘G2’. The double ranking point event attracted many of the worlds best fighters all hoping to secure much required Olympic Ranking points just one year away from the Olympic auto-qualification announcements. Currently sitting in an automatic qualifying spot and having already maxed his allowable Olympic Points for 2018, the event had other great importance for Woolley according to his strategic approach to Olympic qualification. Jack had a late start due to his seeding and a bye in the round of 64. Then in his first two matches in the rounds of 32 & round of 16 he set out his stall with devastating scoring knocking up over 100 points in 2 matches beating a duo of French opponents Alan Philippe & Falliou Hane 60-2 & 47-4 respectively. Jack proceeded to overcome Polish Mateusz Nowak 26-4 in the quarter final. With 3 matches under his belt all finished after just 2 of the 3 rounds due to ‘point gap’ Jack looked forward to s rematch with World Medalist – USA’s Damian Villa who Jack had beaten earlier this year in the final in Austria. Villa did not come out for the semi due to an injury sustained putting jack into the final with Spain’s Francisco Gonzalez Monilla. The Spaniard took an early 4-0 lead, which fired up Jack to fight his way back. Unfortunately the match ended 9-13 in favour if he Spaniard. The young Dubliner was disappointed feeling he deserved the gold after three strong head contacts did not register on the scoring system. This ended up as jacks 8th podium of the year at World Ranking events, one of the worlds highest ranking pound for pound taekwondo athletes. Jack was joined by one of his international coaches Anas Belmaati who coordinated from the coaches chair, before proceeding onto the United Arab Emirates to join Head Coach Robert Taaffe where he fights today (Thursday) in the Grand Prix Final where the top 16 in the world are invited to the final major of the year.
FINAL UPDATE
Paris Open G2 Update
Jack -58kg
R64 – Bye
R32 – 60-2 Win v FRA
R16 – 47-4 Win v FRA
QF – 26-4 Win v POL
SF -Win v USA(WDR)
Final – 9-13 Loss v ESP
SILVER
12 World Ranking Points