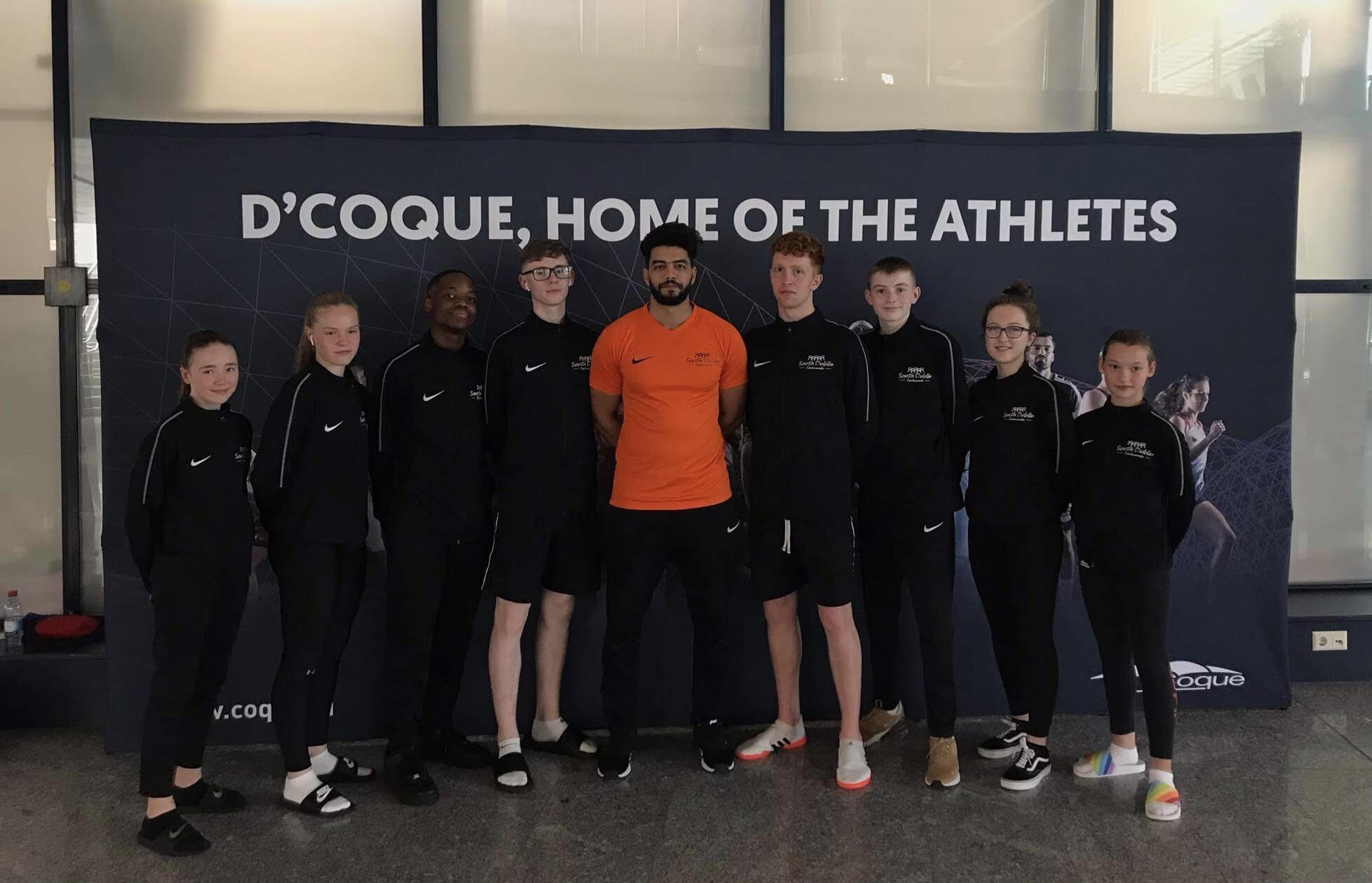 South Dublin Taekwondo attended their now annual trip to Luxembourg to attend the edition of the world ranking event. For the 4th consecutive year the club invited the international team & upcoming hopefuls to attend the event which is strongly attended due to its central location in Europe. The highly anticipated event was full over a month before the deadline with participants from countries from around the world represented. The SDTKD team of 7 athletes, and one coach ‘achieved some important personal milestones’ over the weekend noted SDTKD head coach Robert Taaffe.

One of SDTKD’s development athletes Leroy Nsilu Dilandu who fought in the Junior male -68kg division proved to be the star of the show for the club. Leroy secured his first rankling event win at the event to the delight of his team, but went on to better it with a total of three four matches securing a silver and his first World Taekwondo G1 [Grade 1] medal. Leroy beat Lukas Atle Lindgren 25-12 from Norway in his preliminary outing, then proceeded to overcome Can Cinar of Germany 14-12 in his quarter final bout. His semi-final was a nail biting affair securing a last minute comeback to win 15-14 against Diogo Rafael Alves Da Costa of Portugal. After a trio of strong victories, Leroy conceded to defeat against Jona Pörsch of Germany in the final.

Also securing a place on the podium was Lauren Farrell in the -59kg junior female division. Lauren who is one of the more experienced fighters of the team had her sights set on the gold medal. Managing a minor injury well and adapting her style accordingly throughout, Lauren progressed through her preliminary bout winning 18-17 against Victoria Falke of Austria, followed by a quarter final victory by point gap 33-12 against French opposition Ornella Curcovich. A heart-breaking end to Laurens semi final saw Lauren claw back a deficit to end the match  14-14 draw after regulation time, only to loose the added ‘Golden Round’ 2-0 having to settle for a bronze.

Whilst that was the extent of podium finishes, SDTKD Coach Anas Belmaati was delighted with the teams efforts at such a high level event. ‘6 of 7 of our athletes achieved wins at this level. It is a good outing for the team which was made up of both experienced & future development athletes.’. Other results from the event include well fought 5th place finishes from David Phelan, Ryan Doyle & Emma Cahill who after securing a series of strong victories went out in the quarter final stage. Brother & sister duo Eoghan Gorman & Abby Gorman were in action together for the first time at this level with Eoghan winning his first bout and settling for a 9th place finish. Abby, who was invited to compete at this level for the first time due to a massive attention to detail at training  didn’t get the win, but the goal of experience was well achieved.

The SDTKD team now prepares for a busy summer training schedule where they hope to take advantage of the school downtime to get their athletes ready for events later on in the year. This coming weekend, Lauren, David and Ryan will join up with team head coach Robert Taaffe & athlete Jack Woolley, where the team travel to the Gold Coast, Australia for a double header of Worlds Ranking events next week.