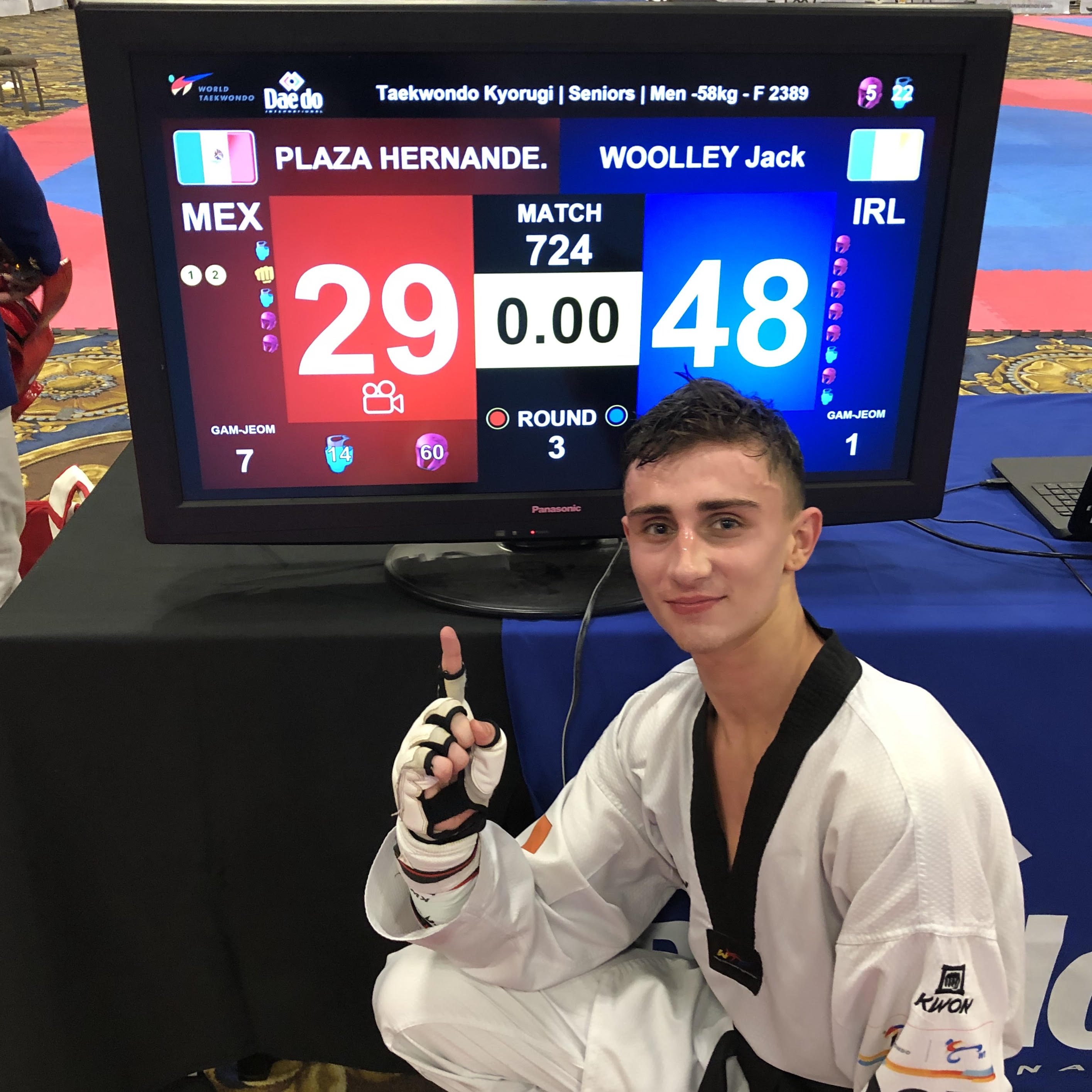 Possibly the most important medal in recent times for Jack Woolley of Tallaght’s South Dublin Taekwondo was achieved in Las Vegas at the weekend just past. Jack who currently has achieved his maximum Olympic ranking points for 2020 travelled without the possibility of personal Olympic points, but had other possibilities to achieve. The event in the PanAmerican region dubbed the ‘Presidents Cup’ grants additional ‘bonus points’ to all from the PANAM Continent. As many of Jacks nearest challengers for Olympic qualification reside in the America’s this event was a strategic attempt to gain all important distance from his nearest adversaries in Olympic ranking.

Entering as first seed Jack had a bye in round 1, with his first action against USA’s Ross Moore which finished 24-7 in favour of the 21 year old Tallaght native. The quarter final task was against London Olympian Heiner Oviedo from Costa Rica. Jacks defense was impenetrable and his offense was aggressive finishing the match early by 40 points to nil. Now into the semi final against Colombia’s Jefferson Ochoa, the tempo of fighting took a change as the Colombian who is known for his staunch aggressive attack’s cancelled Jacks attempts. After some minor adjustments jack took a vital win by 18 points to 12 setting up the eagerly awaited final against PanAm favorite Brandon Plaza of Mexico. Plaza who is current world silver medalist is know for his relentless style and fitness. Jack fought fire with fire and avoided his best attempts. Down after round one jack gained massive momentum and ended up securing gold by 48-29 in a spectacle that was the curtain call to an event with 1400 black belts from around the world. Jack now continues to Sofia, Bulgaria for the 3rd in the series of World Taekwondo Grand Prix next weekend to continue his pursuit of automatic Olympic qualification on January 1st 2020.