Bobby Nugent wins ‘Player of The Tournament at the Belfast International  Open. Following in his family’s footsteps, now training alongside his dad Alan, his brothers Adam & Ben, bobby was crowned ‘Player of the Tournament’ for his blistering display in the pee wee division. 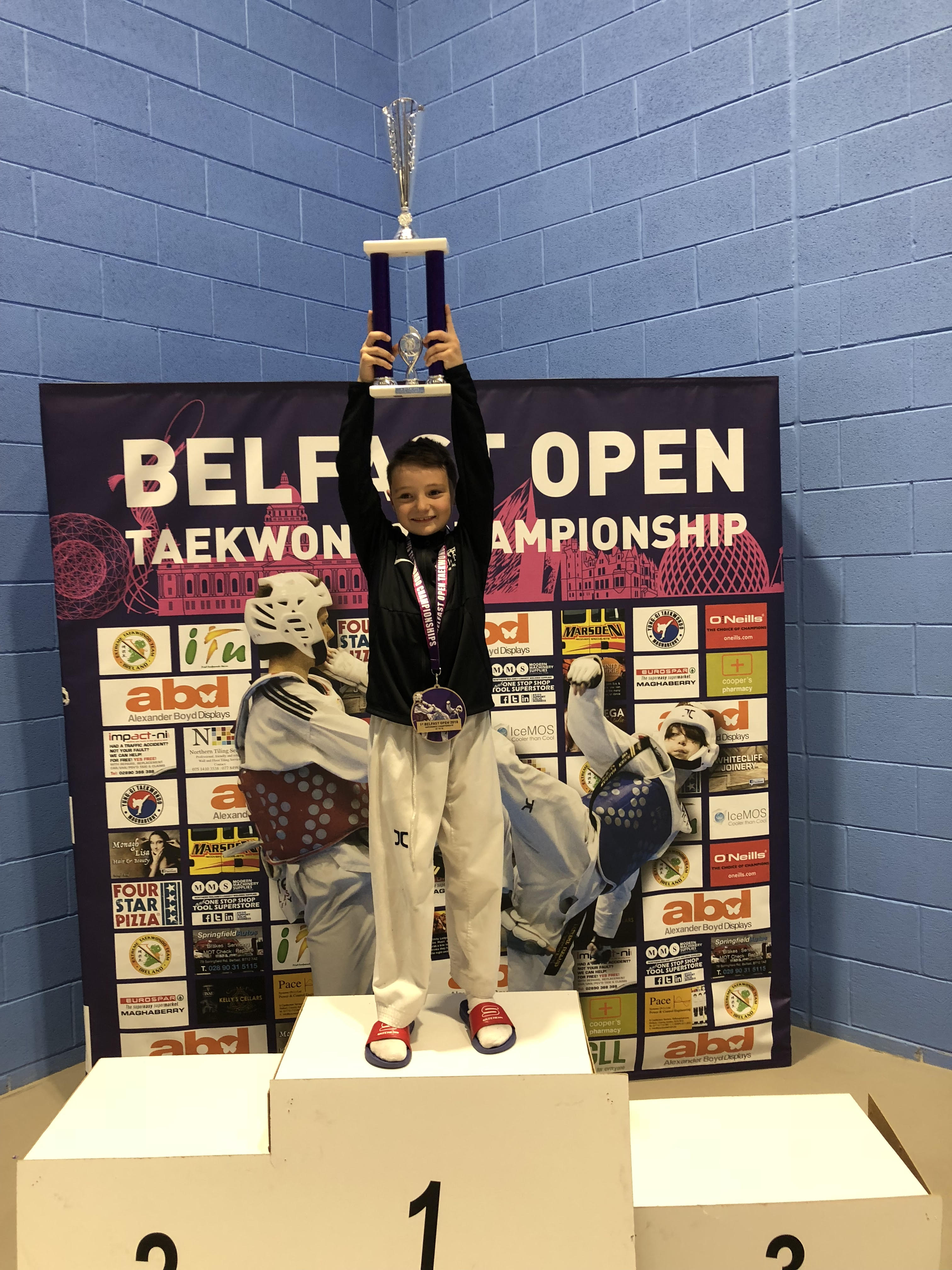 South Dublin Taekwondo Clubs development team recently visited Belfast to Attend the 1st Belfast Open International Event. While many of the clubs advanced players were abroad looking for international honours, the up & coming grass roots taekwondo enthusiasts drove up north, many of whom took part in their first international competition. The small team boaster big impact with trio of family members Lilly, Kate & James McGovern all bringing home medals in their peewee & children divisions, Lilly & James with gold & Kate with silver. Darius Turcitu returned to competition securing a bronze. Ese Ohigne won silver in her first outing, also winning silver was Sabriana Burke, Eoin Rosales & Ben Nugent. Shae Yambao, Jacqueline Rosales & Bobby Nugent all struck gold. The day was capped off with a trophy awarded to one of SDTKD’s youngest competitors Bobby Nugent who was awarded a ‘Player of the Tournament’ trophy. Bobby, who is one to watch trains alongside his dad Alan, and brothers Ben & Adam. Team Coach Robert Taaffe was delighted with the performances, ‘It was great to attend a grass roots event at home when our advanced team is out in Europe at elite competition. These events are just as important in the overall team development & future proofing. It was great to have 2 of our junior black belts Adam & Leroy up here helping out the team.