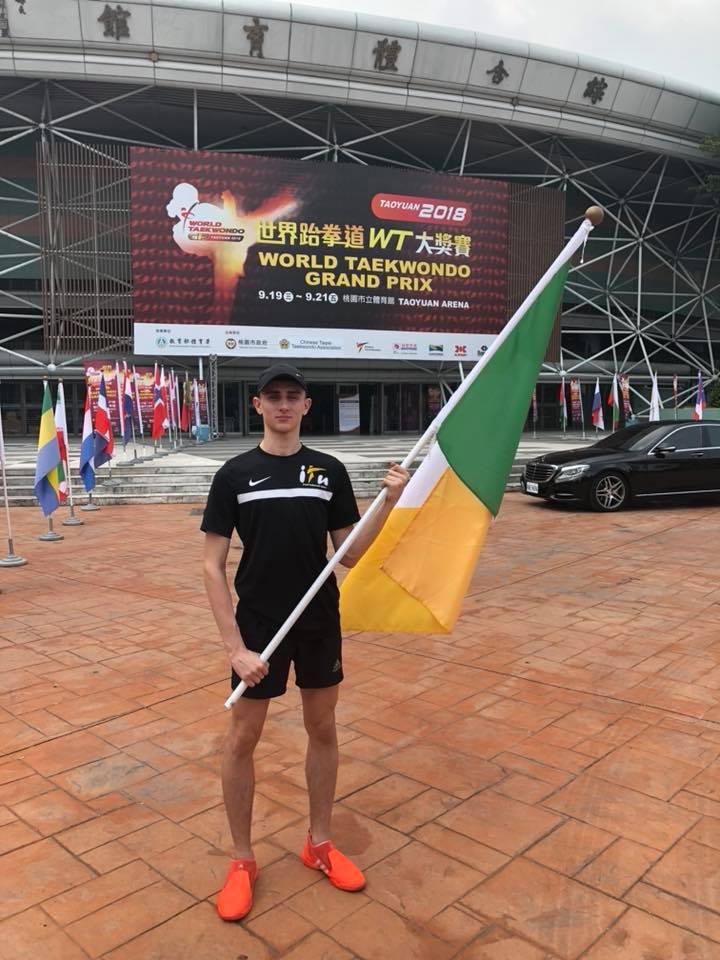 Jack Woolley departed Poland  Monday to head home to change luggage before his flight to Taiwan (Chinese Taipei) on Monday. After securing his World Ranking gold the weekend previous he attended the Grand Prix Series 3 in Taoyuan, Taiwan along with 31 of the other top players in the world. Jack drew Puerto Rico’s Joan Nunez in his opener. Closing the match by point gap 26-6 the match finished early.
This led to a round of 16 rematch against the Rio #1 Seed Rui Braganca of Portugal. Earlier this year Woolley shocked the taekwondo world by beating well rebound European & World Medalist at the Rome Grand Prix, his most substantial win to date. Jack reconfirmed his authority and won again 21-20 leading to a quarter final with Russias’s Mikhail Artamanov, current European Champion & World silver medalist. The match ended 8-8 with Jack slowing his usual attacking approach to combat the patience of the Russian. In the final overtime ‘Golden Round’ with both athletes landing kicks, the Russian registered first, leaving jack to settle for a 5th Place.
Jacks Coach Robert Taaffe noted, ‘Its the 4th time he faced the Russian, we haven’t hit the win yet. But today he stood toe to toe and we were unlucky not to get a punch scored in the last round’ He proved himself today again. Jacks grandmother passed away sadly last weekend when we competed in Poland. She was probably his number one supporter. He did her very proud this past week.’